Did Nothing and Rested Afterwards

Kate and I had a great day together yesterday. In some ways sort of a “did nothing and rested afterwards” day. We were up early to do the final “dealer prep” for refinishing of our kitchen floor. That didn’t take long, and the man who was doing the job was delayed sufficiently to allow me to completely read the sports page and fool around migrating things to a new iMac I bought this week. When he did arrive with what at least in retrospect was perfect timing for me, we piled in the Volvo with Greta and headed north towards the cabin. But rather than our usual “how fast can we get there” drive, we stopped in Hinckley for breakfast, taking our time over cakes and eggs in downtown Hinckley. We’ve driven to our cabin via Hinckley for over 17 years. And yet if we’ve ever been downtown, it hasn’t been more than once. Were we missing something great all these years? Not really. Still, it just felt great to be in no hurry to get anywhere. 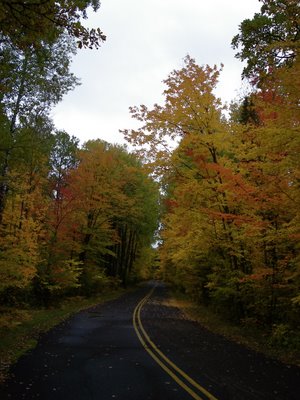 There was a light rain falling as we continued, but it seemed to only intensify the fall colors. Kate almost always drives, and this time was no exception. Normally I read, glancing up each of the three times we cross the St. Croix River. This time the colors drew me away from the book. The iPod was picking great songs as it shuffled away. Kate is famous for always turning down the volume on the stereo. But I’m sure I saw her turn up the volume (I guess that’s my “Grand Casino story” – since she did it as we drove by the Grand Casino). 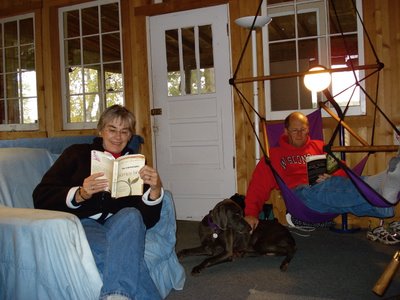 We took turns pointing out pretty groups of trees to one another all the way to the cabin. When we arrived Shawn (the man in charge of putting a new roof on the cabin) was positioning a dumpster south of the cabin. We had a nice conversation with him as we gradually settled in at the cabin. Kate started a fire as I unlocked things and moved bags in. The cabin warmed gradually, and before long we were sitting around the stove reading and warming on a cool and rainy day. I started The Kite Runner and Kate was finishing up The Namesake by Jhumpa Lahiri. By late afternoon the rain stopped and we were able to go for a walk near the source of the St. Croix, enjoying the fall colors and just strolling in the woods (though Greta wasn’t strolling – the first day at the cabin she is a sprinter. Her age usually catches up with her later in the weekend). 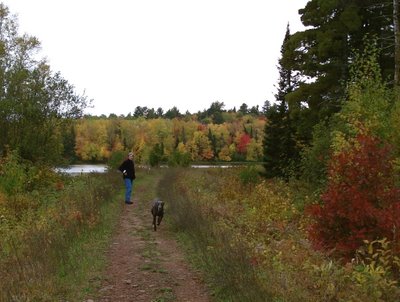 Then, it a rare and odd move, we grilled a steak and had it on the table by 6:30! I pointed out to Kate that I wasn’t quite sure how to grill a steak in the daylight. But we had decided we wanted to watch last night’s episode of Gray’s Anatomy (excuse me, Grey's Anatomy), which was being rerun on ABC at 7. Which we did. In keeping with the spirit of the day, we drank a bottle of Girard wine in the “slow mode” – being careful to enjoy each sip. When the next TV show came on, we watched a few minutes and then in a moment of inspiration Kate said, “This isn’t really very good.” So we turned off the television and returned to our books.

Soon enough Kate bundled up for the walk down to the cool screen house, our bedroom having fallen victim to the roof problem. I finished my chapter and followed.

A Rite of Fall

I may have found something that in an odd way I agree with the Catholic Church about - the value of ritual. One of the annual rites or rituals in my life is the September canoe trip to the Boundary Waters which I take with Harry. I suppose in an odd way this annual trip performs a function for me which is not unlike the function of communion or Easter for a practicing Christian. For this trip has an importance in my life that goes beyond that of the purely secular. 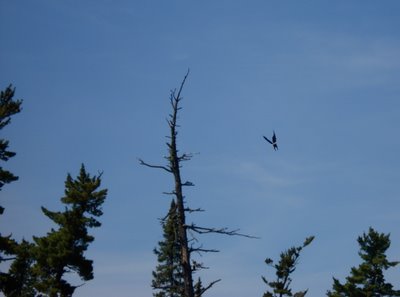 It's a reconnection with nature and a marker that I have been lucky enough to make "one more lap around the sun." 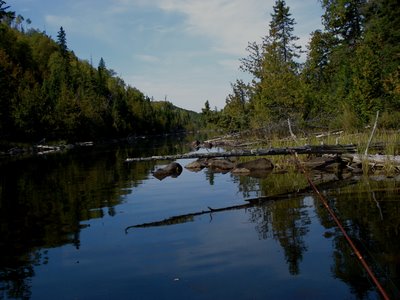 It's my fishing "Super Bowl" - even though in most years it is the only time I fish at all. Harry and I each make it our goal to catch the most impressive fish (all things considered). By the way, I was the lucky one who happened to snag the most impressive fish this year - a true fighter we named "Hector Bassquez." The only skill I can claim is my clever (and totally random) choice of a lovely jointed orange Rapala which I named The Orange Order as I put it in the water when we began to canoe through West Pike. After that I was just reeling them in (for about 10 minutes, until the magic stopped). 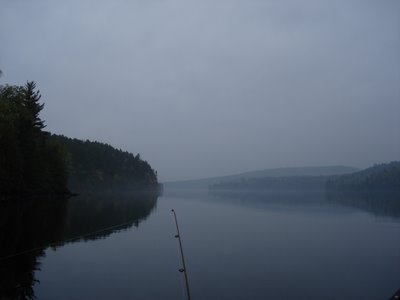 It's a chance to laugh and observe the world and work with Harry to create theme jokes of the weekend, essentially alone in our own little universe. To sit and stare at the fire with a beverage and solve the problems of the world. 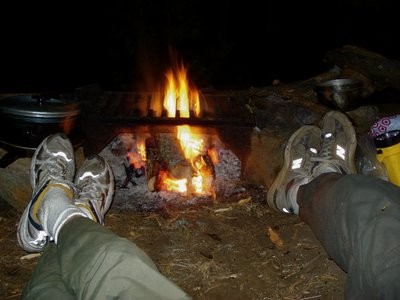 In some ways and at some times it can be strange to be away from the day to day of the world. Of course, that was particularly true in September, 2001, when we went to the woods just a few days after the events of 9/11. But it was even true this year. The sunsets were odd, particularly on Thursday. The sun became a large orange ball in the sky earlier than normal. And the clouds didn't explode in color in the way that seemed normal. Harry and I concluded that there were fires in the area. But we didn't know we were right until we returned home to read the newspaper articles about fires about 10 miles away on the Gunflint Trail. 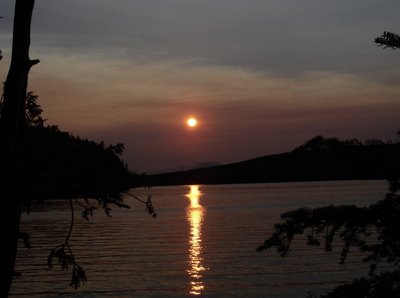