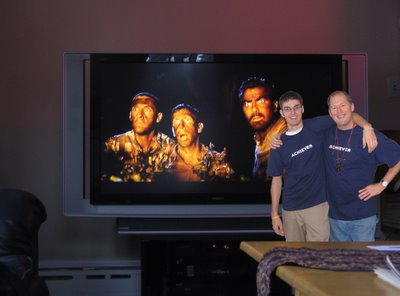 Maybe it was the "nesting." Lately I've been cleaning out closets. Organizing. Departing from my normal sloblike behavior. Kate may have even said, "Boy you aren't being very manly. Are you pregnant?"

I needed to come back with a strong and manly statement of my Cro Magnon tendancies. And what better statement than the purchase of a bigass TV? As you can see, it's a very big television. My rationale? It's Olympic viewing. And of course it won't be long until the Tour de France begins again. I've promised myself not to stop reading books. And I've read one whole book in the last day. It's called "Sony SXRD Projection TV Operating Instructions." Good reading.
Posted by Stan Oleson at 1/29/2006 05:07:00 PM 3 comments: 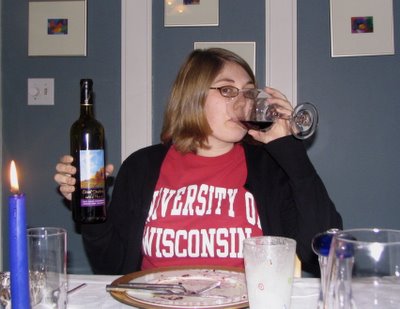 Kate and I (well really Kate) recently recieved a recipe from our friend Kathy Seymour, complete with lots ideas of how the recipe might be improved. Kathy describes herself as a cook, but not a baker. From Kathy's point of view at least, baking requires following the recipe. Something she doesn't enjoy. Cooking allows more freedom of movement. Kathy is a great cook (and probably an excellent baker when she chooses to be one).

My experience certainly would confirm Kathy's analysis. I've cooked lots of fine meals. I rarely follow the recipe carefully, viewing it as a guideline, not a formula. Although I've had some success as a cook, I don't recall ever having any real success as a baker. My first serious foray into the world of baking was an attempt to bake a chocolate cake for Kate - long, long ago before we were even dating. I apparently confused my "S" ingredients. My beautiful looking layer cake was awful. This is what happens when you either switch the amounts of salt and sugar or perhaps confuse the teaspoon of salt with a tablespoon. We called it the "Great Salt Cake." So it's safe to say, I'm a cook, not a baker. Though Kate is far superior to me as both a cook and a baker, dispositionally she's a baker, not a cook. I've travelled all over the Twin Cities on Kate's behalf looking for odd ingredients I'd never heard of because they were "what the recipe called for."

This of course got me thinking more broadly. It seems to me that most of us are predisposed to be either a baker or a cook. A rule follower or a rule ignorer. As I think of my friends and people I know well, I think I can almost immediately classify each of them. Certainly in my parenting life I can. I've spent lots of energy trying to convince my lovely daughter (the baker) that it's o.k. to break the rules once in a while. 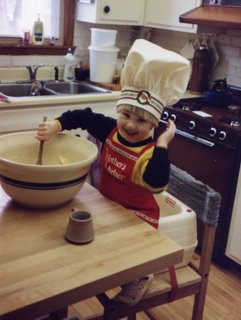 I've spent lots more parenting energy trying to convince my son (the cook) that sometimes it's important to follow the rules. To do what is asked of you by a teacher not because it makes any particular sense, just because that's how you are measured. To turn in your assignments on time. Or at all. 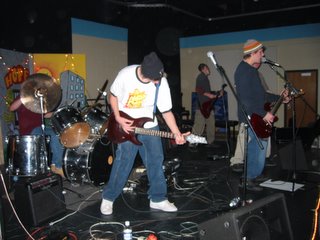 As an aside, I would suggest that all "cooks" think their parents are "bakers" at heart. Parents of "cooks" are charged with showing the value of following the rules - whether or not it's their nature to do so. My parents (two bakers if I am right) had three cooks as children. Though as children my sister and I were each probably more rule followers than either of us are now (half-baked?). Maybe it wasn't too tough on my parents. There are cook/baker generalizations on a country by country basis that one can make. Germany, a nation of bakers. France and Italy, two nations of cooks. I always thought Russia was a country of bakers. Until I went there. Definitely cooks predominate.

The 19th of the Dahlia Lama's "Instructions for Life" is "approach love and cooking with reckless abandon." I guess he's saying be a cook when you're cookin'. 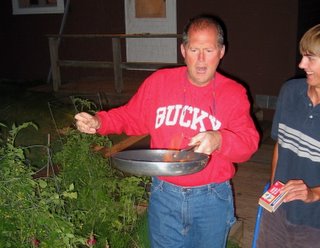 I can say from my web design experience that it is not a good idea to approach web code with reckless abandon. But when you're writing web content a little reckless abandon is in order.

To bring this full circle, I think Kathy finds the wise approach. Plays with the recipe. But writes down what she did that worked so she can start "cooking" the next time from where she left off.
Posted by Stan Oleson at 1/15/2006 08:58:00 AM 2 comments: 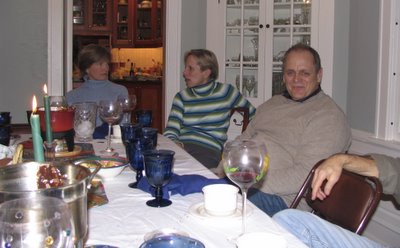 OK, enough with the f's. The aftereffects of the "firewater", though not overwhelming at all, still are not without some effect. A fine flow is hard to achieve with alliteration. Here's a few fotos (past and present).

Many years at the cabin. 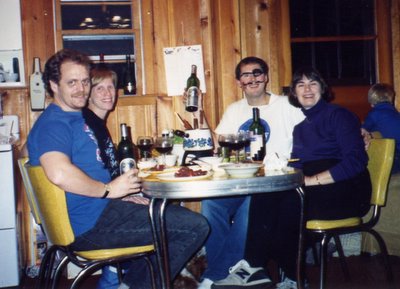 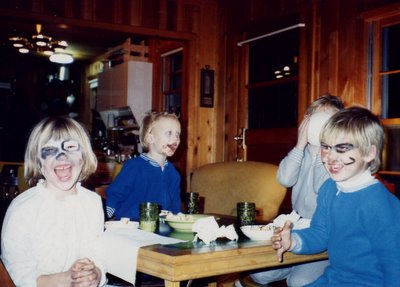 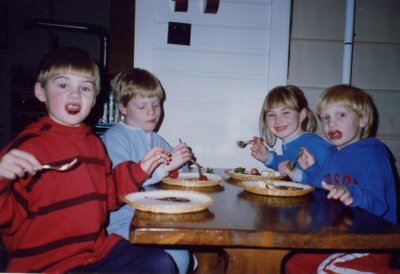 Or worrying about Y2K: 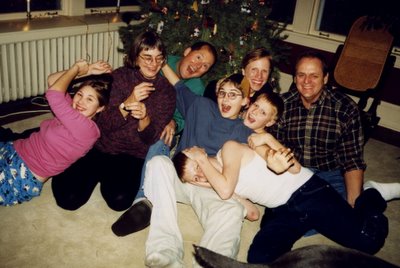 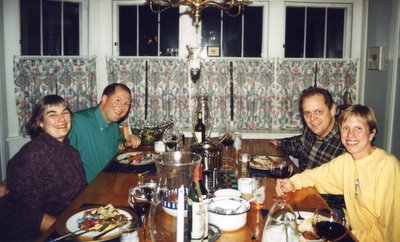 We look tense don't we? Or not worrying about anything. 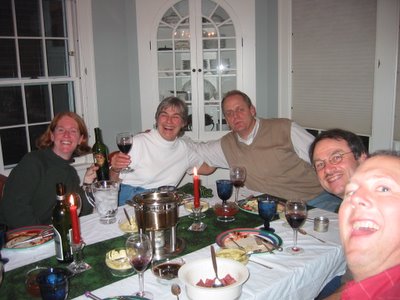 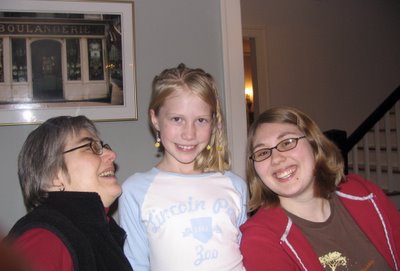 You will note the presence of wine in many of these photos. 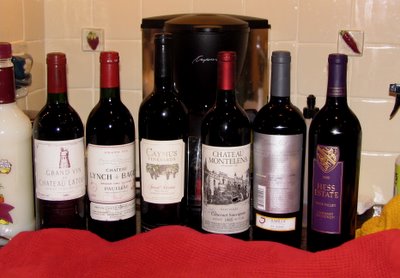 Last night was a special wine night. One of the things Harry and I have done is buy a nice bottle of wine from the birth year of each of our children to be consumed in conjunction with their 21st birthday. Madeline turns 21 in three weeks, and she was in attendance last night. Harry must really like Madeline (or wine). Because last night he pulled out "Madeline's" 1985 vintages of Chateau de Latour, Lynch Bages (which rated the wine of the year by The Wine Spectator), Caymus Special Select, and Chateau Montelena. Which made the swill we brought seem pretty paltry.

Though I'm primarily a California wine drinker, it's fun to try French reds now and then. To me they have an almost leathery smell. They seem "layered" - if that makes sense. Wonderful wines, though probably too subtle for me to enjoy as fully as they deserve. And as an added bonus - Madeline didn't like them all that much. More for the wheezers!