Back to the Keyboard

I've told lots of people to "watch this space" for updates on the retirement trip Kate and I had planned to start my retirement. As most of you know, our trip took a really unexpected turn. At the end of our first full day on the road, I felt very strange and ended up having a "medical episode" (aka a heart attack). Thanks to my brother-in-law (who henceforth will be known to us as Saint Woodrow) we called an ambulance quickly and dealt with this before any serious permanent damage happened. Two of the major arteries feeding my heart were partially or totally blocked. I was getting care from paramedics almost immediately and was on the operating table at Iowa Methodist Hospital in Des Moines having three stents inserted less than an hour and a half after my first symptoms. Great medical care and acting promptly averted what could have been a very serious problem. I feel great, and really have all along (other than for the two hour period described above, which was remarkably weird).

Also quite weird, at least in retrospect, was the blog entry I had posted just before we left (see below). Part of the entry reads "wouldn't it be ironic if I retired and only then, after 16 years, had cancer return? And we have all heard those stories. Person retires and soon has some fatal or near fatal experience." Perhaps just a little too close to home.

I think the oddness of that posting has had a chilling effect on this, my next post. What if some random writing in my blog like "Jon Stewart is going to retire from the Daily Show" causes just that to happen? Plus, while I'd looked forward to writing a bit of a travelogue of our trip, spiced up with observations and thoughts that occurred to me along the way, I have no desire to do a medical travelogue describing electrodes on my once-hairy chest or the very minor side effects the new medicines I'm taking are having on me.

Life goes on - and in my case it's going on really well. And plenty of thoughts have been rolling around in my head, whether or not they are of any interest to others.

Nevertheless, I'm going to keep this first post-medical-event entry pretty non-substantive, just in case. Kate and I went to the condo of our friends Don and Phil for a wonderful (and heart healthy) dinner last night. So there is a bit of a travel component to report upon. The view from their condo is as beautiful an urban view as I can imagine. 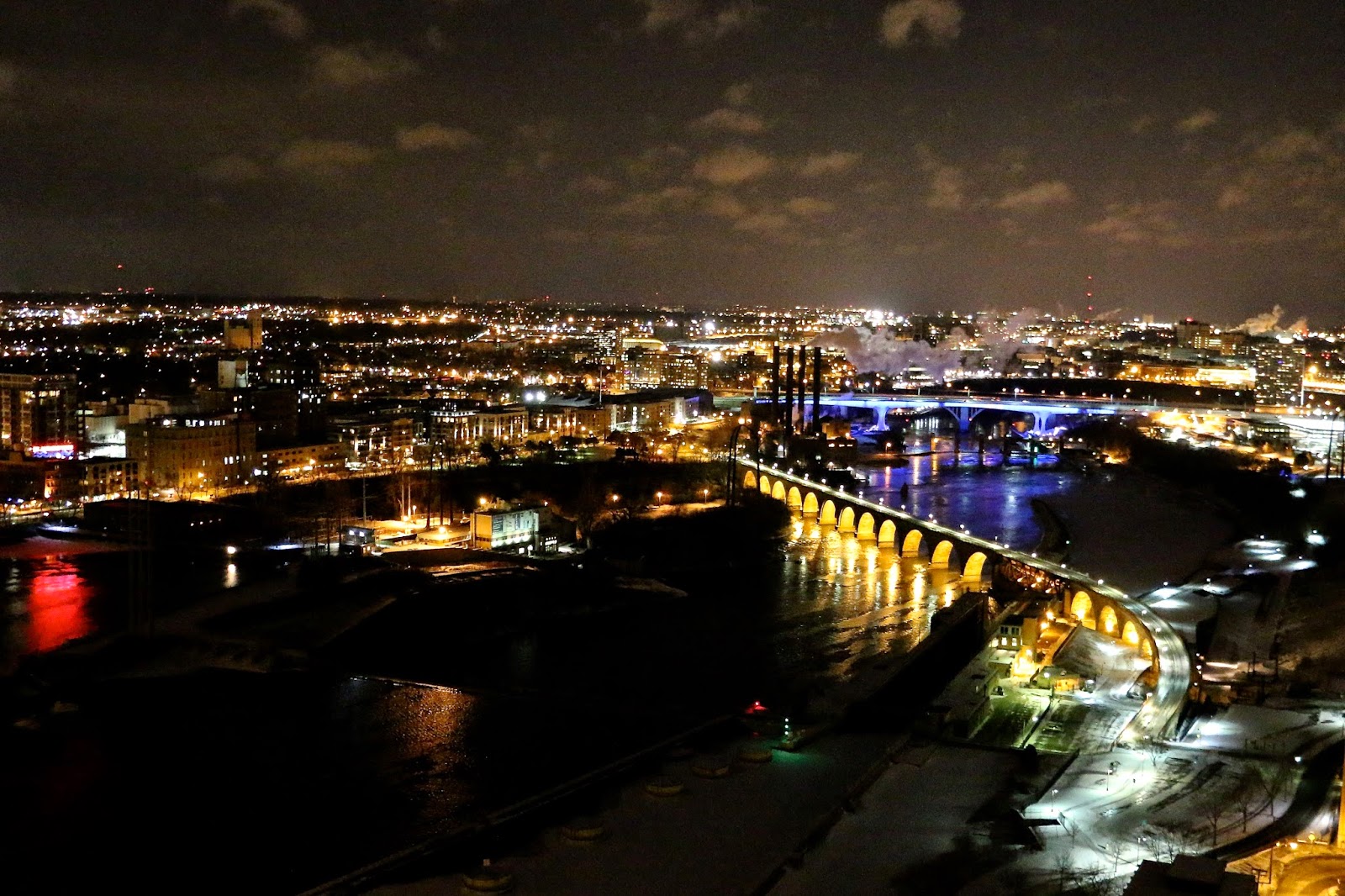 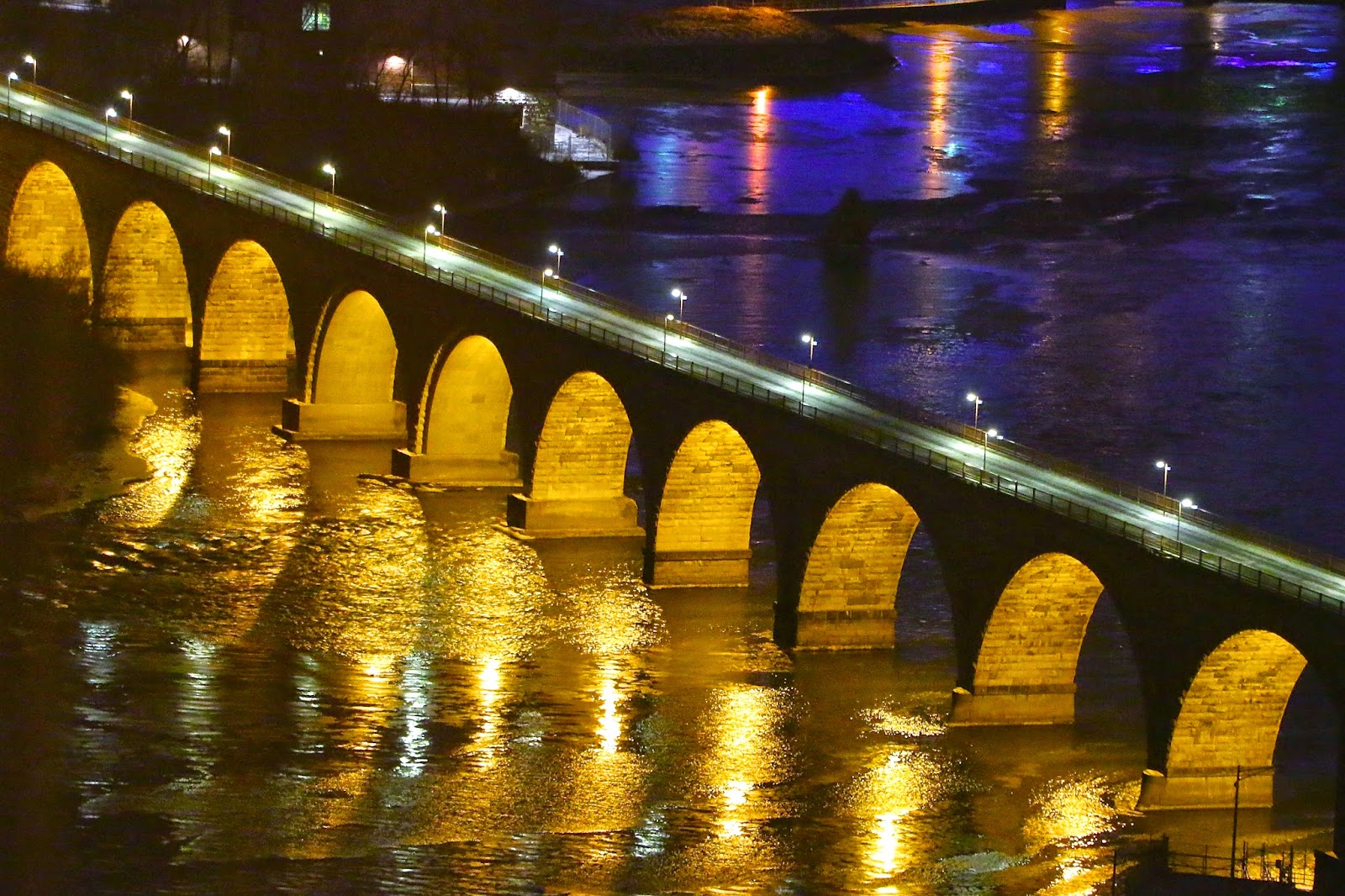 And the view from my end of the table was great as well. 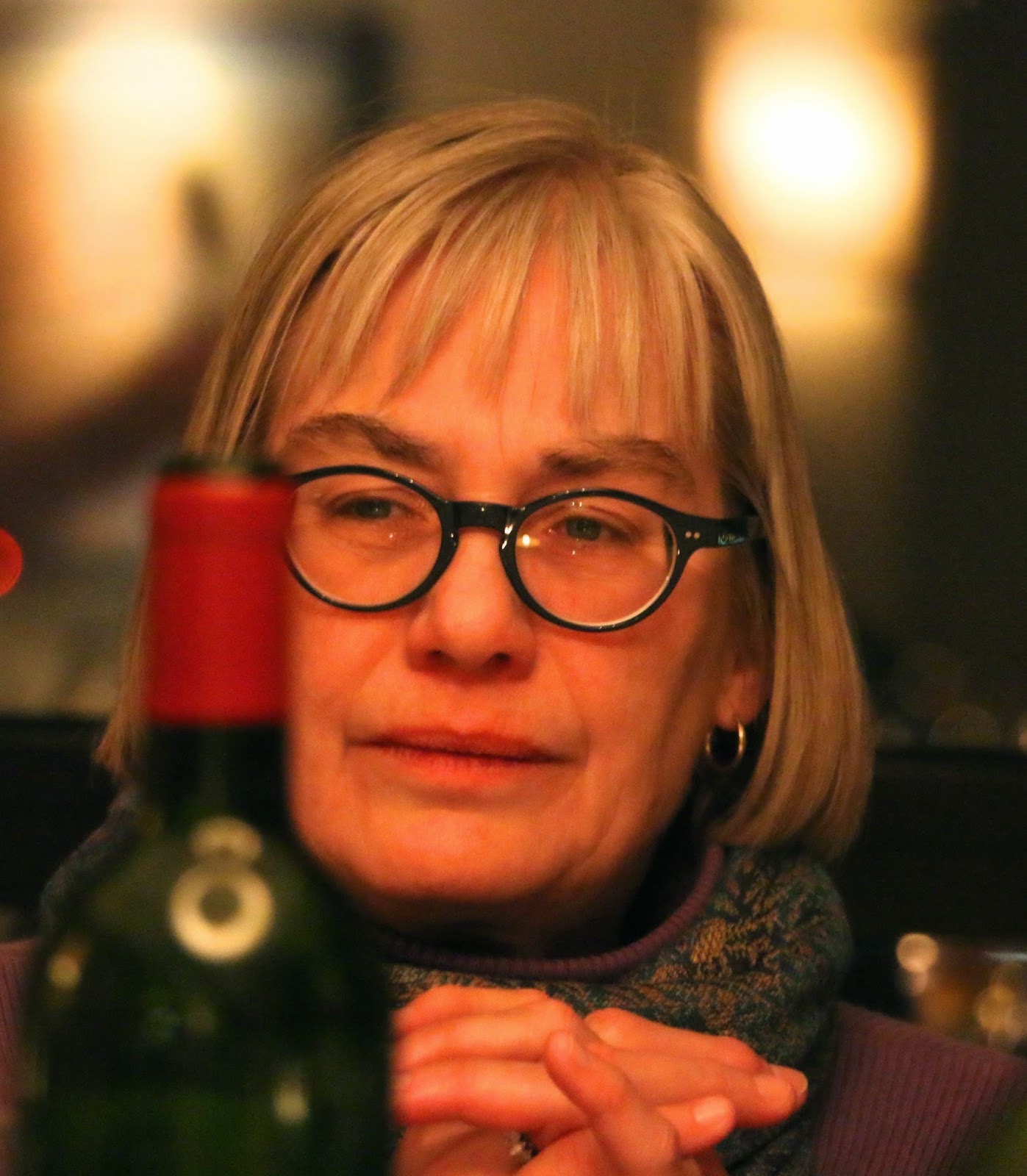 There is nothing much more fun than sitting around a table having a fun and wide-ranging discussion of life with great friends. Especially after a period of pleasantly following the precept of the old Spanish proverb - "did nothing and rested afterwards."

We will be around Minnesota for a while. I will soon be back at the keyboard writing something a bit more substantive. Now that the coast is clear.

P.S. We took some tulips to Don and Phil's when we went for dinner. They were really droopy and sad when we arrived, and putting them in water didn't help. After we left, Don gave the stems a fresh cut and they came back beautifully. 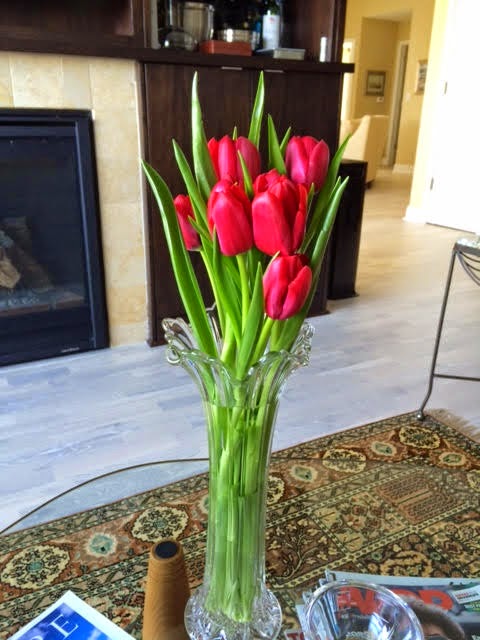 Since these tulips seem to me to be analogous to my heart attack experience, and since I've been thinking about serendipity and metaphors and "messages from god" lately (it's certainly a possible topic to write about), I thought I should add this PS as a sort of trailer or teaser for an upcoming blog entry.