We have a practice in our family to spot COU's, and on our return from Portland last Saturday night we may have found the Center of the Universe. For us a COU is a person or group who seem to believe that they have found the center of the universe and they are in fact it. Our baggage was slow in arriving as we returned from Portland and everyone was understandably interested in getting their bags and being on their way. There was a 60ish woman who had positioned herself directly below the conveyor which would bring the bags, ensuring that she would be be the first to have the opportunity to inspect the bags as they arrived. On this busy night, bags for more than one flight were arriving at the same carousel.

When bags began to arrive (though not actually from our flight) the COU began removing any of the rectangular "wheel and handle" type bags to determine if they were hers. Green, brown, black, blue - it made no difference (though she apparently knew that her bag was not red, or any other bright color - for those she would leave alone). She would take each bag off, look at it for a while, and then cavalierly dump it back on the carousel as if it was not of any use to humanity. It was clear that in her view the carousel was merely a device put there by the airport commission to convey bags away from her (since it would be difficult and inconvenient to just pile the bags that weren't hers next to her). Finally, after 40 or so inspections she kept a blue bag for a couple of minutes, and we decided the show was over. Wrong. She decided that the blue bag wasn't hers after all and flipped in halfway onto the carousel - leaving it to others to either get out of the way or improve the placement of the bag (which, in the land of Minnesota nice was a process that several people had already begun). An amazing display.

One of the things that I loved about Oregon was our time at the ocean. We were overlooking the ocean at our hotel/apartment. 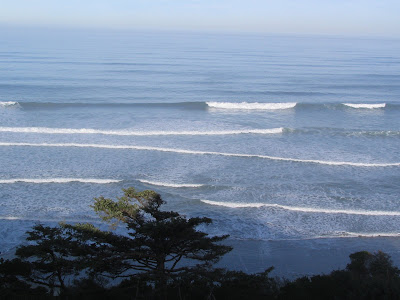 I suppose we all know that change is a constant in life (at least on some level). At the ocean the process happens about every 6 hours. High tide, low tide, high tide, low tide. The footprints you made in the morning are gone as the tide rolls in. You can explore the rock that you were watching waves crash over a few hours before. The greenery and flower that somehow wash up on shore will probably be washed out again at the next high tide. 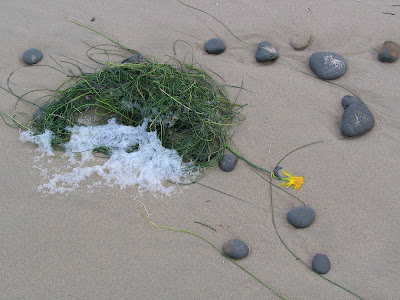 It's really an amazing process, and one I always find very thought provoking to be around. When we returned home I noticed that a flowering crabapple tree Kate and I dug the hole for and planted at our old house, one that had grown to probably 30 feet tall and which I enjoy passing every day when I walk the dog, had been radically trimmed back. I was a little saddened by the haircut - but my time at the ocean really helped me to put this change in perspective. Still, I do hope that not all of the "footprints" I've made in my life will be washed away by the next high tide.
Posted by Stan Oleson at 3/23/2007 04:58:00 PM No comments:

A Little Bit of Everything

The three of us have seen a little bit of everything here in the Portland area. 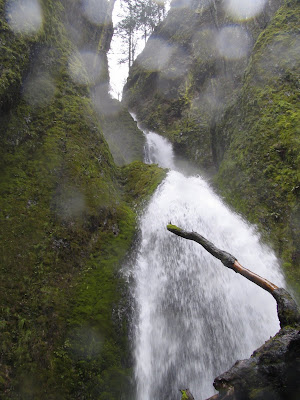 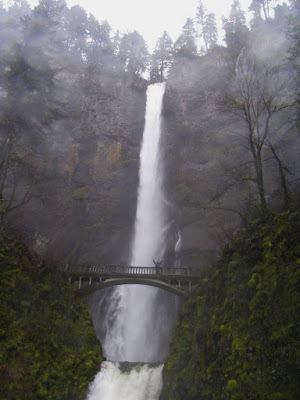 I think I saw an "ent" in these woods. 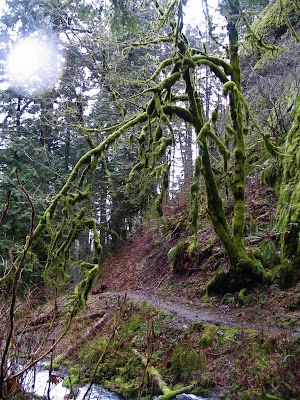 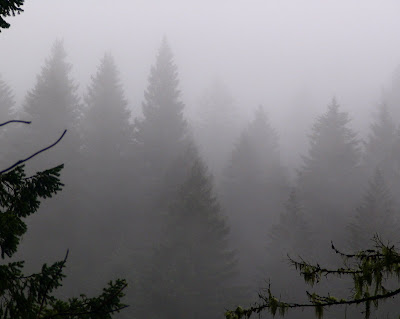 Mount Hood was visible if you got on the east side of it. 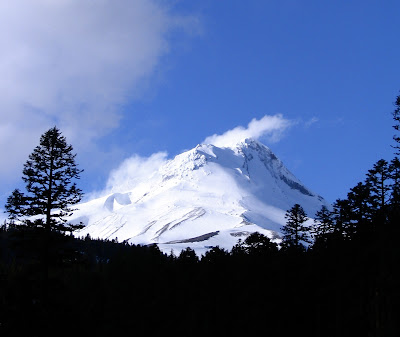 And a Haystack at the ocean. 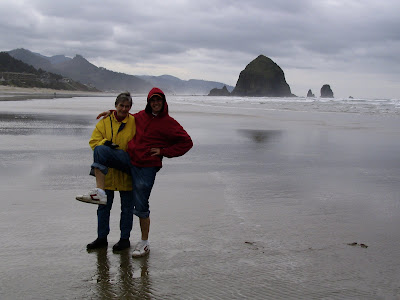 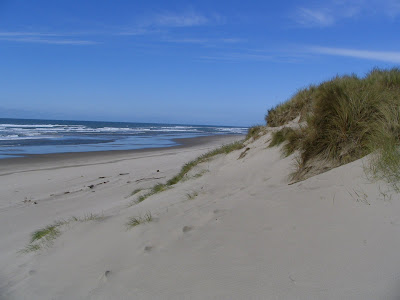 And the view from our room. 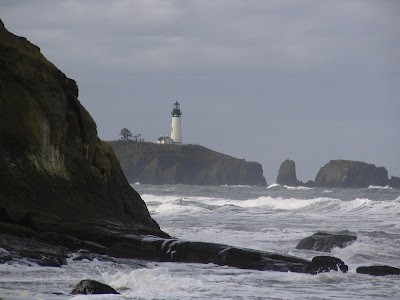 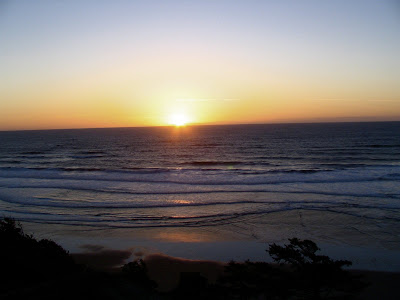 Peter, Kate and I have made our way to Portland. A flight on Saturday night that left at 9:30, combined with daylight savings kicking in made for a slow start on our first day. But we had a really good day kicking around the city. If normal form holds, I'll post a few photos as the trip proceeds. I was struck yesterday by a couple of walls. 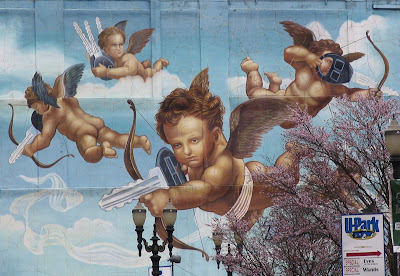 Well, not literally. But here's another older one that I liked a lot. 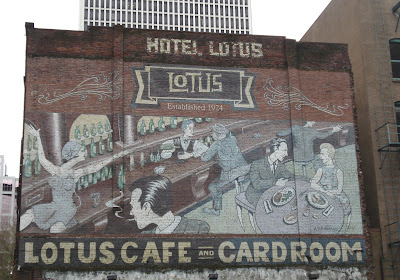 We had been in Nikeville for less than 24 hours and Peter (or "Huck" as I was calling him when he was sporting the look below) had bought 2 pairs, while Kate had only purchased one pair. So far I have held firm. More as the trip progresses. 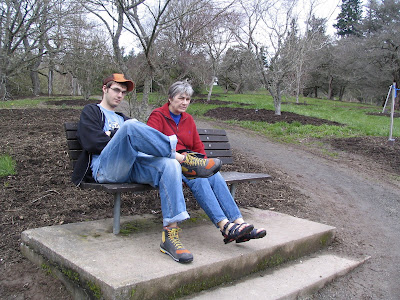 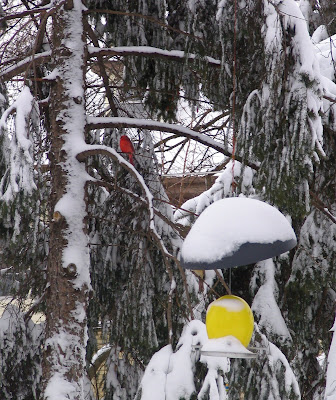 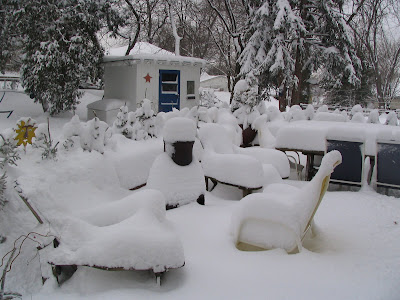 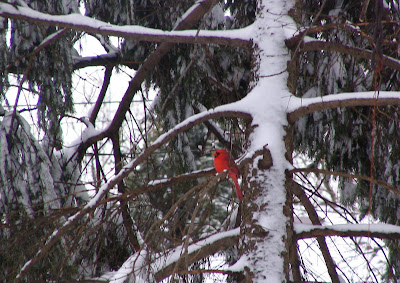