A Roof Over Our Head

A quiet weekend at the cabin. Walks and saunas. And looking at the new metal roof – half way installed on a cold and windy week last week. I think it will be really nice. And it will mean that I can begin to put our bedroom back together come spring. Sunday morning I’ll be turning off the water for the season. 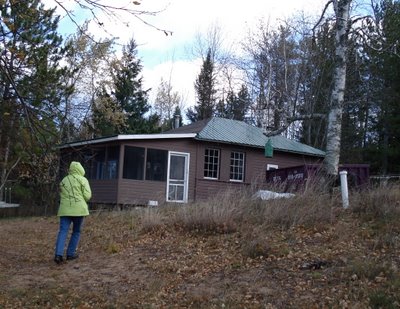 Much less excitement than last weekend. Kate and I were quietly sitting on our deck with our friends Kay and Reechow a week ago. All at once – CRACK! – a large branch split above our head and headed toward the deck, missing Kay and me by a mere 3 feet. I don’t suppose once could call it a near death experience. But it was exciting. 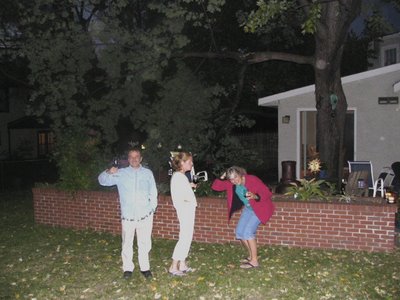 And a challenge to cut into pieces last Sunday. But ultimately no more harm than a sore back this week. I spent a while trying to figure out if I was unlucky (the tree branch fell, after all, and it fell when we were sitting under it) or lucky (it missed us, after all). Probably a little of both in this case. On the whole, mostly lucky. 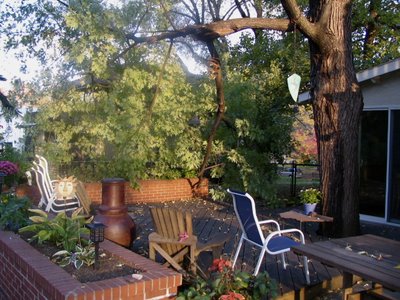 It was cool and windy on Saturday late afternoon for my last sauna of the year. I usually go in and out of the sauna three times, with a dive in the lake or, this time of the year, a quick outdoor shower between. Before my final trip to the sauna I was taking a few extra seconds to sit in the sun on the deck protected from the wind enjoying the clear blue sky and the residual heat from two trips into the sauna, when a bald eagle began circling overhead. He continued circling for what seemed to me to be five minutes. Long enough for me to conclude (perhaps erroneously, I must admit) that he or she had only recently gotten a white head and tail. Some of his body feathers still had the look of an immature bald eagle. A wonderful end of the season goodbye – though the eagle, like us, will head south soon. So hopefully just a “so long.” I had cooled pretty completely by the time I made it back to the sauna. A great moment. Like I said, on the whole, mostly lucky.
Posted by Stan Oleson at 10/14/2006 05:43:00 PM No comments: