Greta is getting old. The puppy we added to the family fourteen years ago is less of a puppy now. 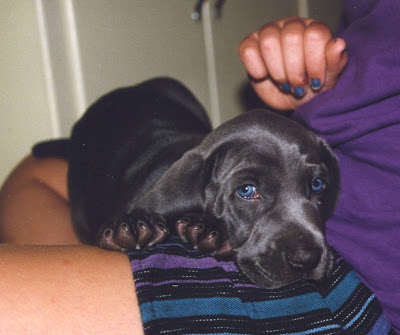 She still seems puppylike when the subjects are either food (anything with carbon in it) or walks (which at this point are mostly a search for food, though she will walk all day without any real regard for how her legs feel). But she sleeps more. Wheezes. And her hips are failing her. To land on the couch she builds up speed and executes a long, flat jump. She can’t go straight up any more. 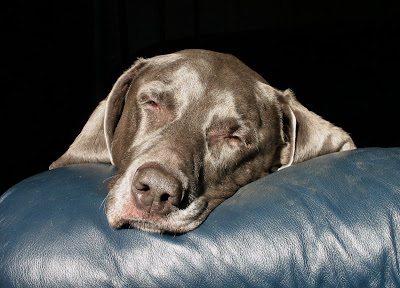 My favorite visual of Greta was one that occurred several times when she was young and running around with other dogs. Her speed was a thing of beauty. And with long legs and high center of gravity when she was up to speed she couldn’t stop on a dime. Sometimes she’d come to a pack of dogs, realize she couldn’t stop, and jump over them. A steeplechase dog. An amazing sight to see.

Kate has a seemingly infinite amount of patience for Greta. She gets real joy from having her around and, in what must be for her a bonus, she has developed a style of doggie-talk in speaking to Greta that bugs me mildly (it’s one of the few things she has in common with Big Red). She does it now partly I’m sure to get a rise and a laugh out of me.

I have a small and finite amount of patience for Greta. She has never seen a door she doesn’t want to be on the other side of. If she wants something, she wants it now. So she will whine or bark if you don’t let her in or out within three seconds. I get a little grumpy on this score. I’m actually slightly more patient on this score with her advancing age. But I’m not really a person who wants or needs a pet. Humans are infinitely interesting to me, but not pets. 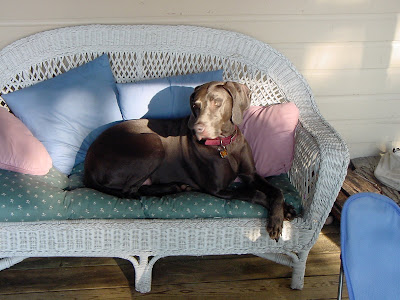 So Friday night at the cabin when Greta began barking in the middle of the night I took it to be one more example of her advancing senility. At home she sleeps in a room in the basement. But at the cabin each night’s sleep is interrupted by Greta’s movements. She is never on our bed at home. But our queen-sized bed at the cabin always ends up with Kate, me and a long dog who is convinced (we trained her this way) that she is the center of the universe. And as soon as it’s light at the cabin she’s always ready to go off on a search for carbon. Guess who is the one who gets up and takes a walk with her as the sun breaks over the horizon. Those walks are some of my favorite cabin times. Regardless, I always feel put upon when I’m dragged out of bed. I watch birds and stroll along in the woods. Greta is never happier than when she is chasing hither and yon through the woods after deer (never caught one), rabbits (two caught over the years) or game birds. 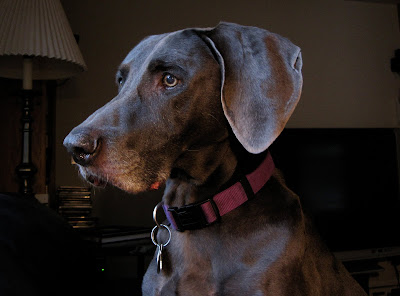 She’s a pointer, instinctively pointing at birds and other game. These days she points less, and often at sticks or piles of leaves. Creeping closer until she realizes her prey is a stick, then sauntering off as if to say she was just practicing her craft – kind of like the way I break into a jog after tripping in a failed effort to look less clumsy.

Saturday night as we were eating dinner there was a big commotion outside. Kate and I got up from the table to check and discovered that a good-sized black bear had knocked over the garbage can with sunflower seeds and dog food. Greta was going nuts as Kate saw the bear vanish into the night. She went outside and was in her prime again for a few minutes – tracking the bear’s movements by smell. Weimaraners were originally bred as bear hunting dogs. And you could get a glimpse of generations of Greta’s family at work as she moved through the yard.

What I assumed was senility was her following her most basic instincts. She kept hunting for the bear until we enticed her into the cabin with a dog biscuit. She took the sure reward over the long shot of capturing the bear. Maybe she has learned something in her fourteen years.